The Falmouth Road Race for the Vanessa T. Marcotte Foundation 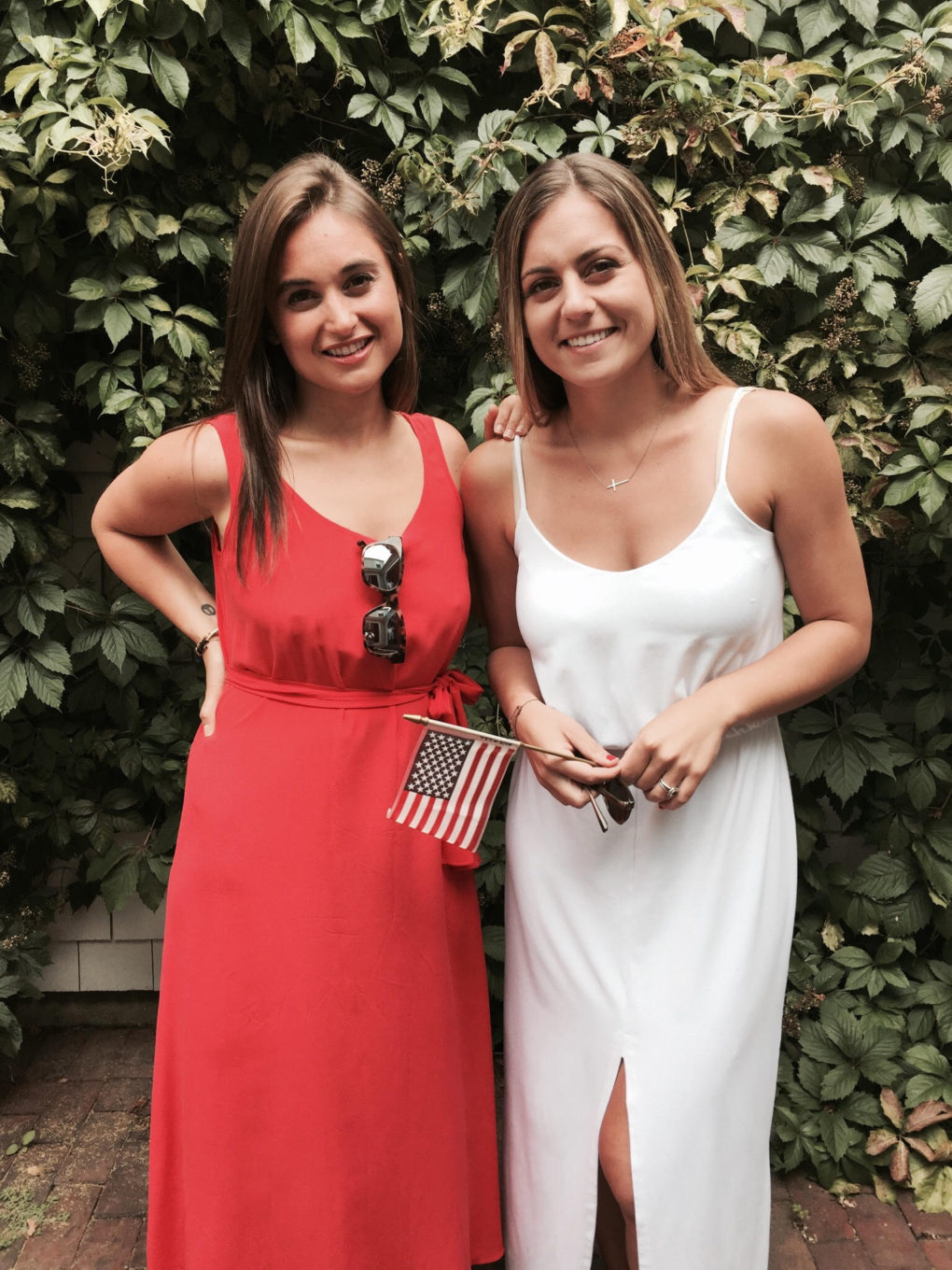 Since I was a Women’s/Gender Studies major in college, I have always been super passionate about feminism. Women and men should have equal opportunities and equal rights. And one of those rights is the right to safety. When I heard my friend Caroline Tocci was trying to raise money for her non-profit, the Vanessa T. Marcotte Foundation, I knew that I wanted to learn more.

Caroline started the Vanessa T. Marcotte Foundation in honor of her late cousin. Vanessa was tragically murdered last summer at the age of 27 while out on a walk in Princeton, MA. The Foundation fights for a world where women can feel safe. Its mission statement is the following:

We strive for this goal by partnering with organizations that deliver educational programs to promote female empowerment, challenge and undermine gender stereotypes, and provide mentorship opportunities. We believe these efforts will ultimately help reduce violence against women in our society.

​On June 17, the Vanessa T. Marcotte Foundation held a 5k run/walk at Mt. Wachusett, where they were able to raise $95, 000! Next up is the Falmouth Road Race on August 20! Vanessa ran the race in 2014 and 21 runners, including Caroline, will be running in her honor this year. I figured this was a great opportunity to sit down with Caroline and learn more about the Foundation.

1) How long has the Vanessa T. Marcotte Foundation been in existence?

The Vanessa T. Marcotte Foundation was established in the winter of 2017. Although we (Vanessa’s friends and family) knew we wanted to memorialize Vanessa and keep her legacy alive, it took some time for us to decide on the Foundation’s mission. Vanessa loved giving back to the community, so we wanted to make sure we would be establishing a foundation that connected to her passions as well. By February of this year, we were officially a 501(c)(3) nonprofit organization.

2) What was your role in starting the Foundation?

A few months after Vanessa died, I started to discuss the idea of starting a foundation with Vanessa’s family and friends. I knew that if this tragedy had happened to me, Vanessa would spread awareness so it wouldn’t happen to anyone else. I felt like I needed to share her story and help others so we could help reduce violence against women in our society. I am the President of the Foundation, but every board member has had a significant part in the Foundation’s establishment.

3) Can you give some examples of the educational programs with which the foundation has partnered?

We have partnered with Tutoring Plus, a nonprofit organization that Vanessa volunteered for which supports and encourages the academic, personal, and social growth of youth in Cambridge, MA. We’re specifically funding their gender programs because we believe the objectification of women in our society is a significant factor in the violence against women. There are many factors that contribute to the objectification of women, including gender stereotypes, so we’re doing work that focuses on educating youth on these topics. We believe that investing in these areas will have an impact on reducing violence for future generations.

Vanessa’s family at the 5k.

4) Can you talk a bit about the preparation/work that went into organizing the 5k earlier this summer?

Well, we were very fortunate that Vanessa’s former employers, Google and Vistaprint, as well as local organizations, wanted to help us with the 5k. After securing the venue, it took many hours of reaching out to different businesses and organizations for sponsorships and donations. We hired a race manager to help with race registration and logistics on race day. There was a lot of coordination and planning involved, from food to t-shirts to signage, but everyone on the board helped make the day a success.

5) Have you run the Falmouth Road Race before?

Yes, in 2014 I ran the race with Vanessa on the Dana-Farber team, so this race is very significant to me.

6) Who else is running on the Vanessa T. Marcotte Foundation team?

The runners range from family, friends, my former high school and college classmates, and others who were just interested in the Foundation and wanted to take part.

7) Have you trained for the Road Race at all? Are you an avid runner?

I run a few times a week, so I’ve done some longer runs (4-7 miles) in the last few weeks but I’ve been traveling so it’s been difficult to find the time.

8) What do you see for the future of the Foundation?

I’m really excited about the future of the Foundation and see big things ahead for us. I see it eventually being a nationwide organization that helps women live bold and fearless lives. We plan to go into the schools to share our story and help young women feel safe by learning self defense and wearing safety tech devices, such as the device Athena, created by our 5k sponsor Roar For Good. We think this device can help save lives. Not only do we want to help promote female safety, but we believe it’s important to educate youth on gender stereotypes to help redefine gender roles in our society. As I said before, the objectification of women is one factor of violence against women and it’s important for us to take part in this bigger societal issue as well so that we can truly make a difference.

Caroline and Vanessa ran the 2014 Falmouth Road Race for Dana-Farber.

Donate to the Falmouth Road Race here! You can also donate to the Vanessa T. Marcotte Foundation here!

Thank you to Caroline for sharing her story with me!